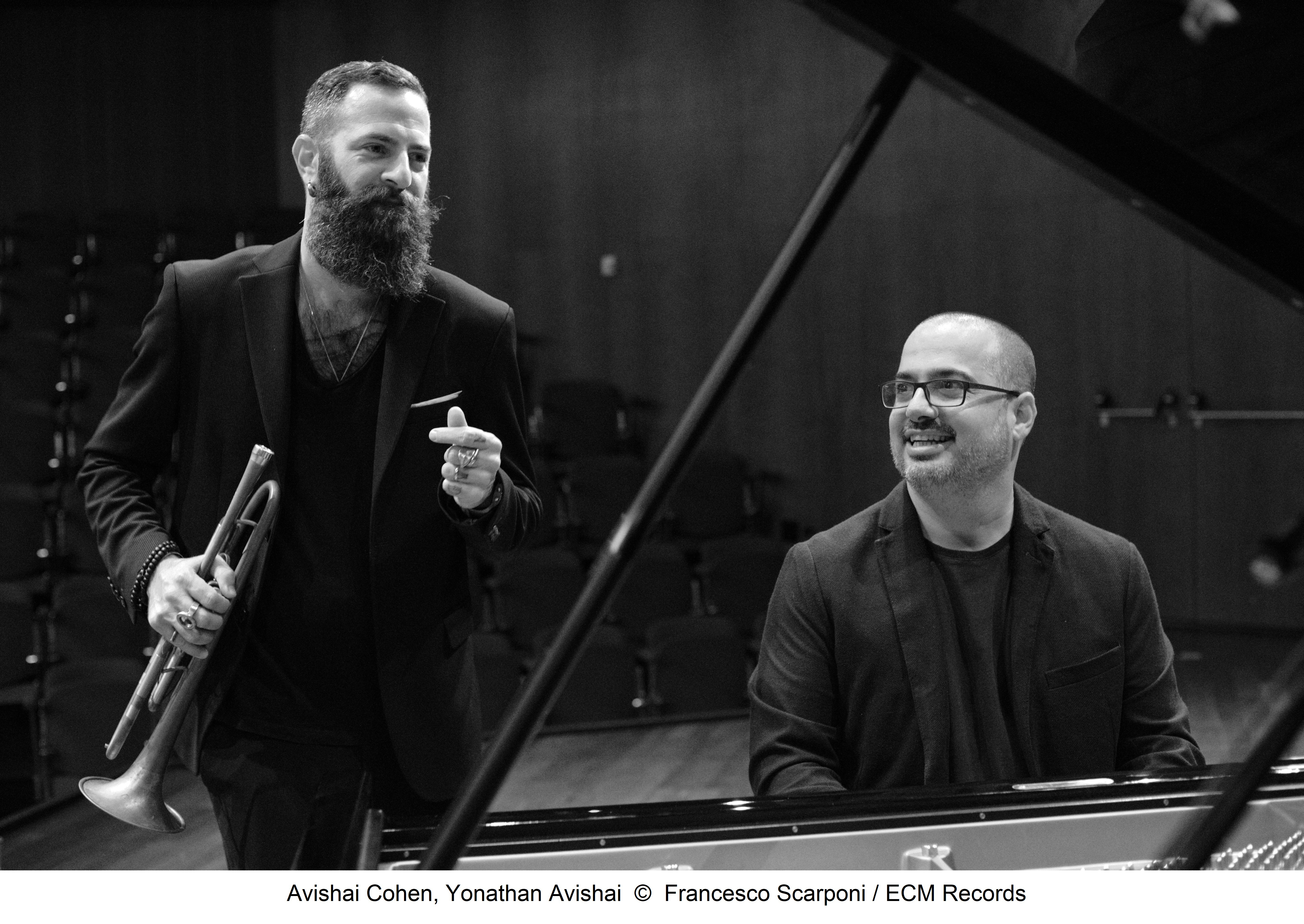 The long musical friendship of Avishai Cohen and Yonathan Avishai began as teenagers in Tel Aviv. They continued exploring their musical path together ever since, for over three decades and recorded The album "Playing the room" together. Along the way, Avishai and Yonathan improvise together – freely, playfully, soulfully – on themes from the jazz tradition

Yonathan also had important contributions to Avishai’s group albums, Into The  Silence, Cross My Palm With Silver and Flood